“An organization’s ability to learn, and translate that learning into action rapidly, is the ultimate competitive advantage.”

Kalyan D. Pokala earned his undergraduate degree from Carnegie Mellon University and his J.D. from the University of St. Thomas.

Mr. Pokala has experience in the areas of business formations, contracts, general civil litigation, business dissolutions, and trademarks and copyrights. Mr. Pokala also advises clients with immigration issues, which constitute a small but consistent portion of his practice.

Mr. Pokala has been serving the needs of local San Diego residents and businesses as a sole practitioner for over six years. While the bulk of Mr. Pokala’s practice continues to be business formations and representation, his career was built upon passion for art and a desire to help independent artists and writers protect their interests. Working with artists and writers to form the most appropriate business entity to suit their needs has led to the firm’s more business-oriented practice. Since 2008, his practice has built a strong reputation for offering competent, fair-priced legal advice while providing a personal touch that isn’t expected with a firm specializing in business formations and business representation.

Mr. Pokala is admitted to practice before all state courts in California and the United States District Court (Southern District of California).

In addition to the practice of law, Kalyan Pokala enjoys surfing, ice hockey, and stand-up comedy. He has lived in San Diego since 1992. 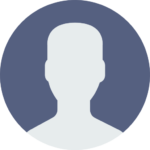 Kalyan represented me in a protracted legal dispute from 2012 to 2014. Throughout the case, his calm demeanor and competent legal expertise made sure that I received the settlement that I wanted. I’d recommend Kalyan to anyone who has a business law or litigation need, he is an exceptional communicator and would always make himself available to answer my questions in a timely manner. I hear horror stories about attorneys never communicating with their clients, and Kalyan’s treatment of his clients is the furthest thing from inaccessible you’re likely to find.

I got falsely accused of hitting another person's car. The person's insurance contacted me and tried to put me through the wringer. I called Kalyan and he straightened the situation out he quickly convinced the insurance company that I had nothing to do with the person's car. They dropped the claim and left me alone, Kalyan is a life-saver!

I’m an artist and writer, and got an offer to option one of my books. Kalyan represented me when I needed an attorney to make sure that my intellectual property rights would be protected. He made sure that I wasn’t taken advantage of, and explained it clear, concise phrases that made him easy to understand. He told me what parts of the contract to worry over and which ones weren’t worth worrying over. His rates were extremely affordable and the personal attention to detail is something that stands out to me. With most lawyers, you expect them to be at arm’s length while Kalyan always made sure he could be reached. Great personal service isn’t the way you would think to describe Kalyan, but that’s the best way to describe him. I would definitely use Kalyan again!

http://www.blessedweddingphoto.com I am a Wedding/Boudoir Photographer and I own my own company. I have used Kalyan legal services for Incorporating, writing contracts and just about all my small business legal needs. I received all the help I needed and I was given legal advice and help with my small business. Kalyan is professional, and he is very quick to make you feel that he has your full attention. I recommend using Kalyan for your legal small business needs so you will be assured that all your legal matters are taken care of with care and properly in a timely manor.

Mr. Pokala has been working with my family regarding updating the family trust. His insights have helped us to create a solid document that we feel can withstand the test of time as well as address many unforeseen issues we did not initially know could apply. With a large document to review such as the family trust, he always kept us informed of what items lie ahead to address, worked with us to monitor billing accruals which can be costly, can made payments easy. Additionally, he would always make himself available to us for questions, emails, calls, or visits; a huge plus in out book! He has proven himself very trustworthy and will keep us coming back with any legal issues we encounter, and as a result, he is definitely recommended by us.